There will always be people who want the benefits of hard work without having to do any hard work themselves. It’s human nature to follow the path of least resistance. However, what stops most people from doing this is a sense of morality, empathy, and respect for other people and their money.

But what about the people who don’t have any scruples? For aspiring thieves, the next biggest hurdle is intelligence. That’s because most people with money work very hard to protect it from thieves, con artists, and criminals. This is why there are thriving industries of professionals like Certified Internal Auditors, whose jobs involve searching for and preventing fraud.

However, there are some people who not only lack moral character but are also intelligent enough to successfully fulfill their devious desires. These are the rare people who are bold enough (and smart enough) to exploit professionals and institutions who are otherwise extremely competent. And the most successful method of doing this —both now and in the last century— has been to run a Ponzi scheme.

What Isn’t a Ponzi Scheme?

Despite being fundamentally different from both, a Ponzi scheme can resemble an investment bubble or a pyramid scheme. In fact, this confusion is usually a key factor in pulling off a successful scheme, and it’s also why they can be so difficult to catch. 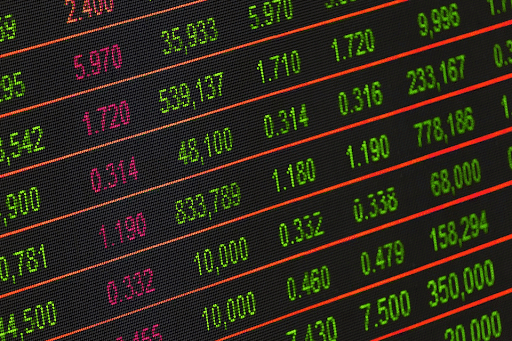 What IS a Ponzi Scheme?

Put simply, a ponzi scheme is a scam disguised as an investment. Victims are convinced to “invest” their money into funds or businesses —that usually aren’t real— with the promise of extremely high returns. In reality, the only money being generated by these schemes are from new “investors,” which are constantly being recruited by the scammers. Essentially, it’s a flavor of securities fraud.

Another reason why Ponzi schemes are so deviously successful is that they can actually pay out to some investors. In order to prevent bad publicity, many practitioners of this scheme will pay out some of their early investors with a small portion of the money gathered by new ones. At the same time, clever social engineering can dissuade other investors from asking for payouts, allowing the scam to continue.

Confused? Take a look at some of the biggest Ponzi schemes in the past century and you should start to see the big picture.

What Do 20-Century Ponzi Schemes Have in Common?

While this is far from a complete list of all Ponzi schemes perpetrated in the 20th century, it is essentially a list of the greatest hits. Hence, drawing comparisons between these six scams can help us identify some key factors that go into successful frauds. That way, you can hopefully avoid falling for the next one!

So what are some similarities between these Ponzi schemes? Here are a few worth mentioning:

Many successful Ponzi schemes are perpetrated by individuals and companies that have the appearance of authority in their industry. These figures and institutions tout their expertise in the fields of finance and business, promising to leverage these assets for their investors to yield high rewards.

In the case of Moneytron, the scam’s ringleader Jean Pierre Van Rossem appealed to investors by touting his academic education in economics; he was often referred to as a “stock market guru.” Towers Financial Corporation’s owner Steven Hoffenberg boasted a similar level of expertise in the field of business, since he previously made a high-profile attempt to purchase the New York Post in order to save it from bankruptcy.

However, the most surprising example of a scam’s successful appeal to expertise is in the case of MMM, the biggest Ponzi scheme of the 20th century. Even after being exposed as a scam, Russian citizens were still interested in investing because of how good MMM was at scamming people!

They Appeal to Charity

When it isn’t possible to run a fraudulent enterprise from a position of expertise or authority, the next best method used by schemers is charity. This is textbook manipulation right out of Niccolo Machiavelli’s playbook:

Appealing to people’s moral compass is how Gerald Payne was able to run a wildly successful Ponzi scheme through Greater Ministries International. He invoked religious imagery by quoting Bible verses in order to convince over 20,000 churchgoers to hand over their mortgages, retirement funds, and life savings.

A similar story can be heard regarding the Caritas scam. The way that Ioan Stoica managed to attract investors to his scheme was by promising struggling Romanian citizens the ability to afford basic amenities and household appliances. He even went so far as to name his company after the Latin word for charity!

They Keep Going Up (Until They Don’t)

Even the most secure financial investment in the world won’t see perpetual gains. Any legitimate business enterprise is going to encounter ups and downs as a reaction to competitors, overall economic health, and other forces out of their control. However, Ponzi schemes only go up until they’re exposed— which is usually followed by declaring bankruptcy.

The European Kings Club scheme perpetrated by Damara Bertges promised investors consistent returns of 70% annually. That means investors were promised to increase their investment by 70% every year with no dips.

Compare that to the performance of 2019’s top-rated mutual funds. These are generally considered to be the safest and best-performing investments, and they only provide average annual returns of 15-20% over ten years. This means much smaller gains over a much longer period of time, accounting for the aforementioned market forces out of the fund manager’s control.

Now let’s take a look at how these schemes have changed over time.

What Do 21st-Century Ponzi Schemes Have in Common?

Just like before, this list is far from complete. However, it does showcase the most notorious and noteworthy examples of modern Ponzi schemes. Before going into the ways these scams compare and contrast to ones in the past, here are some things these six have in common:

They Incorporate New Strategies and Technologies

In order to successfully pull the wool over the eyes of shrewd investors who would otherwise have learned from the past, many of these modern scams involved unconventional investment techniques or cutting-edge technology. That way, any perceived inconsistencies with their business strategy could be excused as a layman’s misinterpretation of a highly technical and complex system.

Take Bitconnect for example. One reason why this scam was able to exist in the first place was due to the “wild west” nature of cryptocurrency. With the hyper volatility of currencies like Bitcoin, and a general public lacking adequate knowledge of blockchain technology, the staggering gains promised by this company seemed more reasonable. Furthermore, the lack of regulation makes it fertile ground for all kinds of scams.

Another common strategy for modern Ponzi schemes is to disguise themselves as lesser-known business and investing strategies. In the case of Mutual Benefits Company, Peter Lombardi was able to scam investors through an obscure (and morally questionable) practice known as viatical settlements. By cashing out life insurance policies early at a fraction of their value, this scheme capitalized on business ignorance and desperation to generate its money.

They React Poorly To Recessions 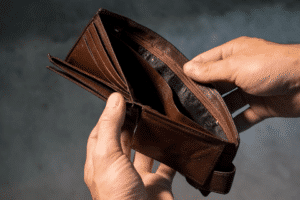 Eventually, Ponzi schemes will fall apart on their own as the perpetrators either successfully skip town or get busted by law enforcement. However, there doesn’t seem to be a set lifespan for a Ponzi scheme, although it’s rare for them to last longer than a few years.

That being said, one thing that clearly stops a scam like this dead in its tracks is an economic recession. Because they only have enough money to pay off a select few investors, the massive rush of people trying to cash out will lead to a premature collapse.

For example, look at the biggest Ponzi Scheme in U.S. history. Bernie Madoff’s financial racket only began to unravel as a result of the 2008 market downturn. As former Madoff investor Burt Ross stated in a PBS Frontline documentary, “He easily could’ve gone through his life without this being found out. The only reason that this ended was because… the economy did so badly that people wanted —needed— to get money out of Madoff’s investments.”

Although this can’t be confirmed, it’s possible that this same financial crisis was the catalyst for Tom Petters’ Ponzi scheme to unravel as well. After all, his co-conspirator Deanna Coleman cooperated with law enforcement in 2008 to expose this fraudulent scheme, as reported by the U.S. Department of Justice. Although she hasn’t confirmed this in any subsequent interviews, it’s entirely possible that she turned herself in because she could see the scheme unraveling due to the recession in a similar manner to Madoff’s.

No matter how clever the perpetrator of a scam may be, there’s always going to be skeptics pointing fingers before the jig is up. Especially with such a rich history of Ponzi schemes in the past, it’s fairly common to hear accusations of fraud directed toward many successful business ventures. However, accusations are one thing; convictions are another.

In the case of Bernie Madoff, one financial investigator named Harry Markopolis had accused him of foul play as far back as 1999. From that point, a lengthy battle between private investigators and the SEC vs. Madoff’s team of personal auditors and bribed associates ensued for nearly a decade before arrests were made.

To add insult to injury, sometimes the reason for these schemes taking so long to bust is negligence or sabotage. This was apparently the case with regards to the second biggest Ponzi scheme in U.S. history. Although Allen Stanford was arrested in 2009 and convicted in 2012, one SEC inspector alleged that the federal agency was aware of misconduct as early as 1997, but didn’t act for so long due to internal issues.

How Do I Avoid Falling For a Ponzi Scheme?

Now that you’re well aware of the concept, practice, and most notable cases of Ponzi schemes, the only thing left is to learn how to avoid falling for one yourself. Here are some general tips that should help you avoid falling for this century-old trap:

If you’re approached with a tempting investment opportunity based on cutting-edge technology, unconventional business practices, or philanthropy, don’t take the pitch at face value. These cases don’t necessarily indicate a scam, but they should be grounds for skepticism. Avoid putting any money down if you can’t find satisfactory answers to these questions:

Another common way for all kinds of scammers to trick victims into giving up their money is by exploiting logical fallacies. These arguments and justifications may seem rational at first, but won’t hold up if you really break them down. Analyze any interesting business investment pitches for fallacious arguments like these: 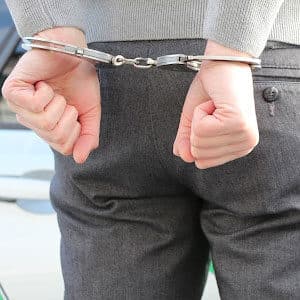 If you’ve examined a business or organization and have a strong suspicion that it may be a Ponzi scheme, tell someone!

Speaking out sooner rather than later can prevent more people from losing their life savings. It may take a long time for justice to be served, and it may even be a false alarm. Regardless, it never hurts to be careful. Consider contacting one of these organizations if you’re suspicious: