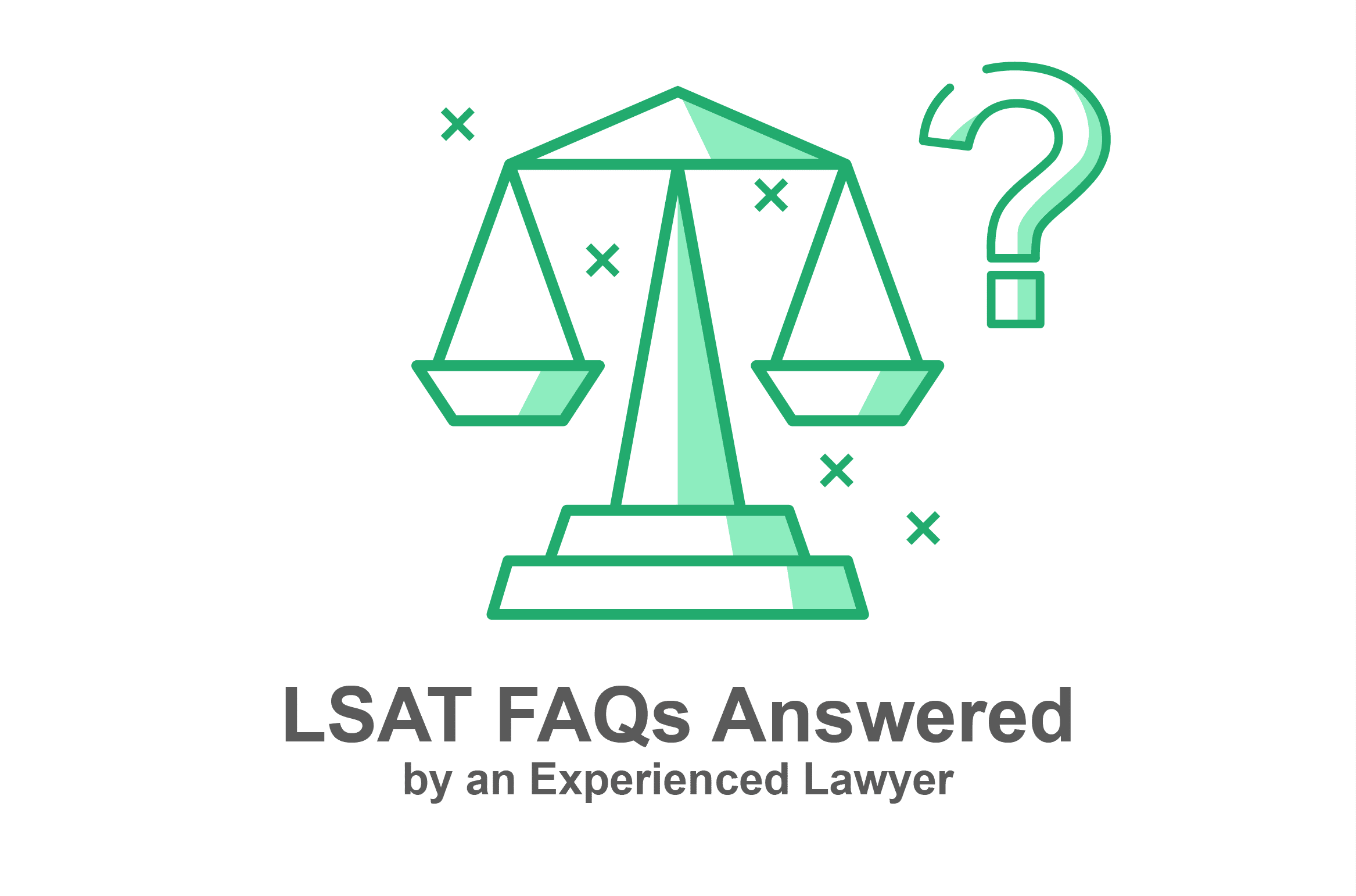 Valerie Keene is an experienced lawyer and legal writer, editor and content manager. Her litigation successes have included wins for cases involving contract disputes, real property disputes, and consumer issues. She has also assisted countless families with estate planning, guardianship issues, divorce and other family law matters. She provides clients with solid legal advice and representation. She has provided educational legal content for over a decade, focusing on various practice areas, including family law, estate planning, immigration law, personal injury and toxic torts. You can read more of her work 这里.

When law schools consider applicants for admission to their universities, they typically weigh his or her GPA, background and LSAT score. In particular, their LSAT score is often used to differentiate the strength of one law school applicant from another. 另外, this is the only standardized test that is accepted by all ABA-accredited law schools.

The LSAT consists of about 100 questions over five sections in the following subjects: reading comprehension, logical reasoning and logic games. There’s also an experimental section that looks just like the other main sections and an optional writing section. 基本上, this exam is designed to test applicants’ ability to perform key skills required for them to be successful in law school and as a lawyer.

You should plan on spending about four to five hours on test day. Each of the five sections takes 35 minutes, so the total test time is 175 minutes. 此外, there’s also a 35-minute timed, unscored writing sample section for those who want to take it. You’ll also have some extra time built in for a break during the test. 最后, you’ll have to arrive before the actual test time: usually 30 minutes. This will allow the administrator time to complete administrative tasks, such as checking your identification and giving test instructions.

You must take the LSAT in an LSAC-approved test center. You can search for a published test facility based on your test date and zip code 这里. If you are located over 100 miles away from the nearest test center, you can request that the Law School Admissions Counsel establish a nonpublished test center.

The reading comprehension section consists of approximately 27 问题. This section presents scholarly passages and dense texts that assess your ability to:

The logical reasoning or “arguments” aspect of the test make up two sections of the LSAT. 因此, this section represents about half of your total score. 每个部分由 24 至 26 问题. 实质上, this section will provide you with a short set of text that argues in favor or against a certain point. You will then be asked questions that test your ability to:

The optional writing portion of the test appears at the end of the test. Like the other sections of the test, this section is 35 minutes long. 然而, it is the one question on the test that is not in multiple-choice format. In this section, you’re presented with an essay and asked to take a position on it; you must then support your position in writing. This writing sample doesn’t go toward your LSAT score, but law schools you apply to can receive it and use it to help make admission decisions.

Learn more about the LSAT sections by reading up on them at this link. 另外, you can review old released former LSAT tests to get a preview into how the test is structured and what the questions look like.

Before you can try to figure out what a “good” LSAT score is, it is important to understand how LSAT scores are calculated. 实质上, your score is calculated by the number of total questions you answered correctly. Each question is worth the same number of points, and a special chart is used to convert this score to a scaled LSAT score. 最后, you’re scored between 120 and 180.

To determine if your score is good enough to get into the school of your choosing, check the 25th-to-75th-percentile score range and median LSAT score for the school. 另外, you can use this tool to determine the probability of you being accepted to a particular law school given your g.p.a. and LSAT score.

While there isn’t a specific LSAT score that will guarantee entry into Harvard Law School, it’s important to know that Harvard offers admission to only a very small fraction of the applicants it receives each year. 在 2021, it only offered admission to 12.8% of the total 7,578 applicants who applied to the prestigious school. 因此, you should plan on having an LSAT score in excess of 170 to have a chance of being admitted here, coupled with a GPA in excess of 3.75.

Yale was ranked as U.S. News’ number one ranked law school in 2018. It tied with Harvard with having the highest median LSAT score of 173 for students entering law school in the fall of 2018. Yale reported its 25日 percentile LSAT score as 170 和 175 为了 75日 percentile for this class. 然而, the school also noted a Yale LSAT score of 156 for at least one of its applicants, while also noting a perfect 180 on the high side.

New York University is ranked as the 6日 best law school by U.S. News, which reported that the school’s median LSAT score is 170. The fall entering class in 2018 consisted of 425 full-time students who had the following academic credentials:

因此, an NYU LSAT score of 170 should place you in a competitive position for admission to this elite law school.

All other release dates are currently listed as “TBD.” Historically, LSAT score release dates have been approximately 20 days after the date of the test. 然而, the LSAC revised the test format to be digital, beginning on the July 2019 test date and anticipated that the scores would be released sooner with this format. 于是, you may get your scores sooner than the typical 20-day window.

The average time that applicants take to study for the LSAT is three to six months, which includes approximately 150 至 300 hours of study. 然而, the more time you have to devote to studying for the LSAT, the better! Because there is so much weight given to your LSAT score during the admissions process, spending time studying for the LSAT and improving your score is a great investment.

肯尼斯·W ^. Boyd is a former Certified Public Accountant (CPA) and the author of several of the popular "For Dummies" books published by John Wiley & Sons including 'CPA Exam for Dummies' and 'Cost Accounting for Dummies'.

Ken has gained a wealth of business experience through his previous employment as a CPA, 审计, 报税和学院教授. 今天, Ken continues to use those finely tuned skills to educate students as a professional writer and teacher.